I model the North Bay of San Francisco while assuming the Northwestern Pacific is still in business and does well. Tiburon never abandoned the railroad operation and turn into a major container harbor on the west coast. Since half of my layout will feature a harbor scene, I built a container crane from scratch using styrene and ABS profiles from Plastruct and Evergreen. The railings and walkways  commercially available photo etched detail parts.

The Making of a container crane 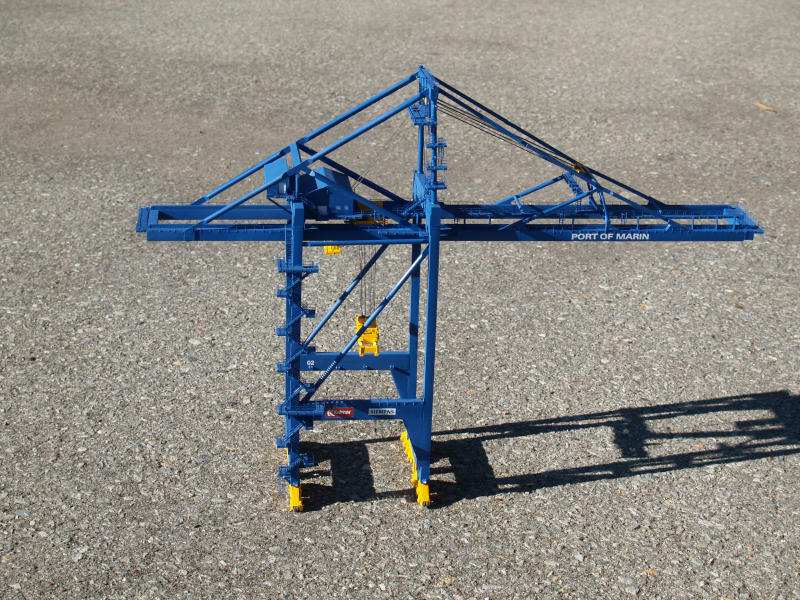 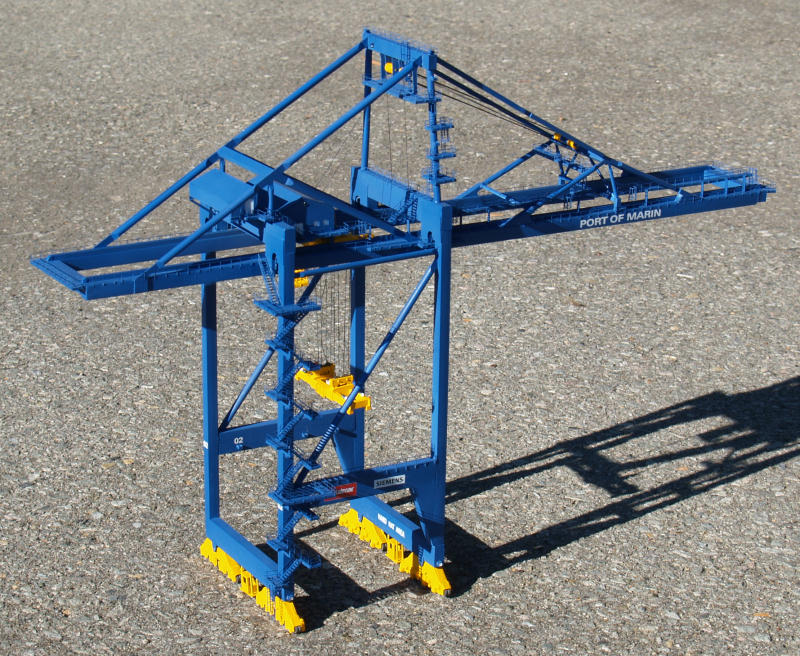 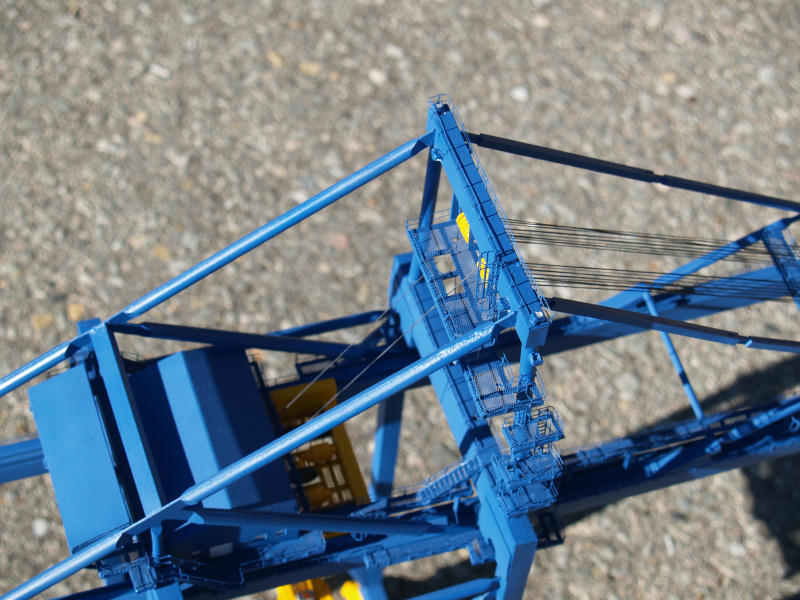 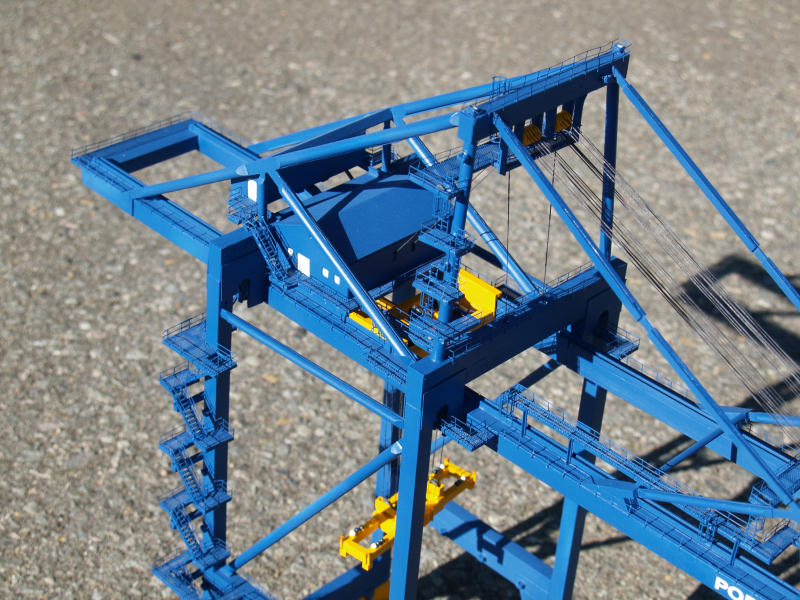 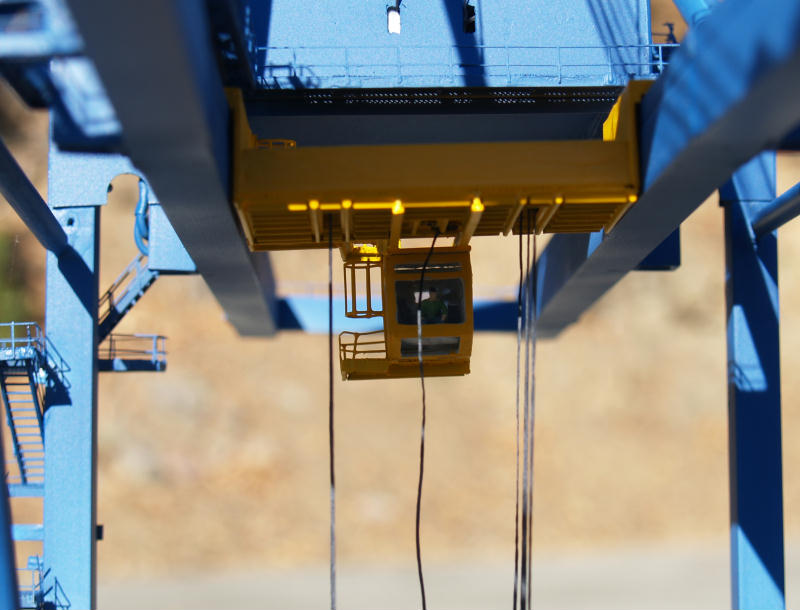 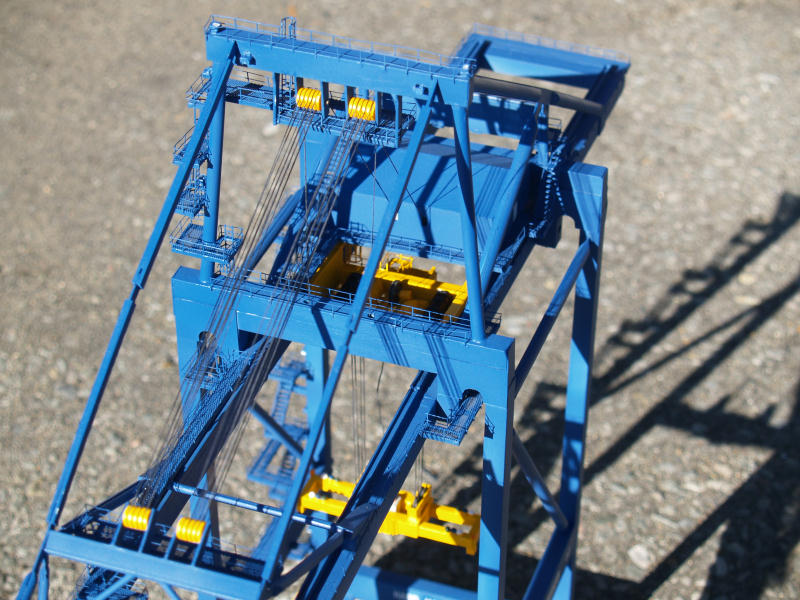 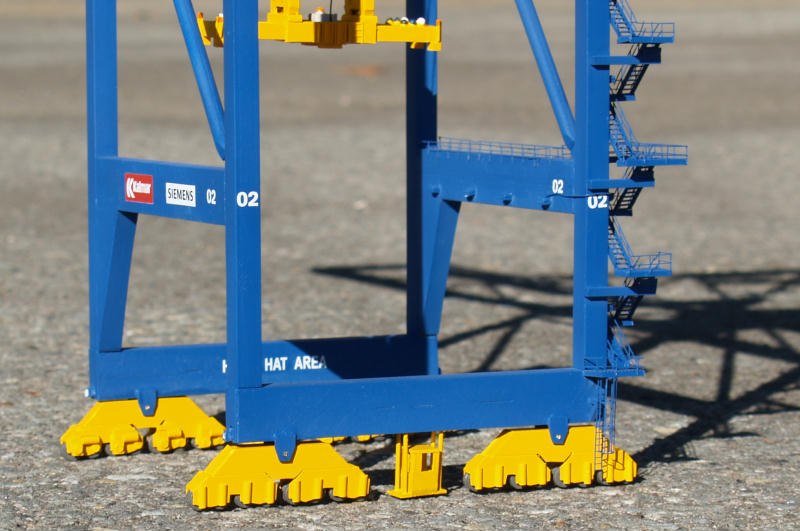 For a second, I believe I found somebody that would share my passion for model railroading but a second later a butterfly caught her attention even more.

I submitted pictures of the crane to the Greenlight Intermodel 2007 Contest and won first prize in the Scratchbuilding/Kitbashing category and Best Of Show.

Publications about the crane: 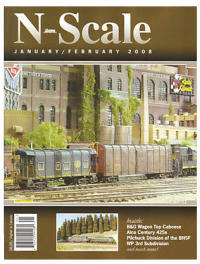 The Making of a container crane